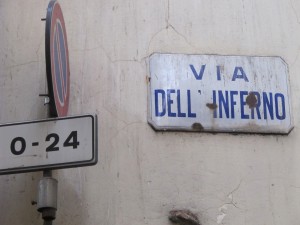 Halloween is passed and the time is ripe for an inquiry into some of Florence’s most intriguing street names. If you duck off fancy via Tornabuoni in front of the Tiffany’s store, you’ll be on via del Parione; from there you head under an arch into an alleyway named… via del Purgatorio (Purgatory). A cross street of this alley is via dell’Inferno (Hell). On the other side of via Tornabuoni, a short walk down Borgo SS. Apostoli brings you to Piazza del Limbo. All very interesting names… did Dante influence these street names, or was he inspired by them in his famous books? 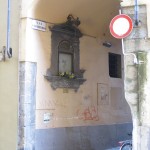 Via dell’Inferno from via delle Belle Donne

After an on-site examination and photo-shoot, I consulted my handy 5-volume set “Le Strade di Firenze” (Bargellini and Guarnieri, 1977) from which I learned that the origins of the street names Via dell’Inferno, via del Purgatorio, and neighbouring via del Limbo in fact have nothing to do with Dante nor with religion. The Piazza del Limbo is a bit more related to both, and has a creepy reason for its name.

Follow along below… and here’s an idea – if you’re in Florence, explore it this weekend, maybe at night, with Foursquare! When you check in at each street you’ll find a tip from Visit Tuscany related to this article! (If you’re curious, look here.)

These streets in a block off via del Parione are all named after restaurants (osterie) that were there in the early middle ages. Contrary to my first assumption that a place called essentially “Hell’s Kitchen” was a nickname given by unhappy customers with heartburn, these names were actually chosen by restaurants to tempt customers with succulent foods and poisonous wines. This was apparently part of a medieval tradition in this town to give the nastiest names – like Beppe Suicidio or il Troia (the slut) – to the best restaurants to imply the sinfully good quality of the food. 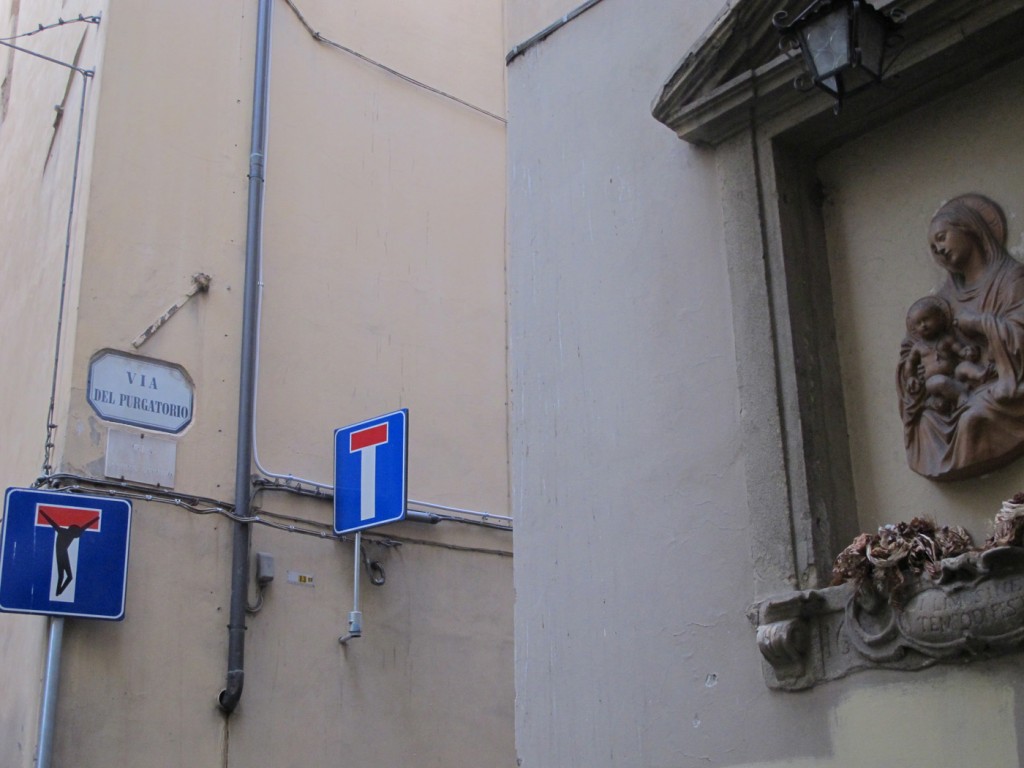 Via del purgatorio – now enhanced with street sign by Clet 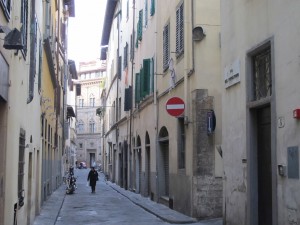 Via del Purgatorio with Palazzo Rucellai at the end

The modern day via del Purgatorio is far from very long like Purgatory might be (it is, after all, the place where souls go to pay for their sins before admission to heaven, often for many thousands of years). Its name is indicated by two place signs from two different eras, and the street is almost littered with no-exit signs, some of which have been recently enhanced by the artist Clet. Dead end on one side and running into Alberti’s Palazzo Rucellai at the other, it was once a larger thoroughfare until it became closed in by Palazzo Minerbetti on the one side. Being a back alley faced by peoples’ hanging laundry and restaurant kitchens, it’s a little gritty and not very well maintained so you can use this street to get a sense of “old Florence”. Even at night, when street lamps create only isolated pools of illumination, the only “souls” you’ll find here are overstuffed; like their medieval predecessors, Florentines and tourists alike enjoy the area’s restaurants, including a very famous osteria nearby whose decor consists of hanging prosciutto from the ceiling and who only serves the Fiorentina steak bloody.

Modern via dell’Inferno, more than being a paradise for restaurants, is hell for cars. The street starts narrow and ends in an even narrower arch through which no vehicle can pass; the arch, featuring a tabernacle, spills out into via della Vigna Nuova. Halfway down the street, there is a aptly-named parking garage. 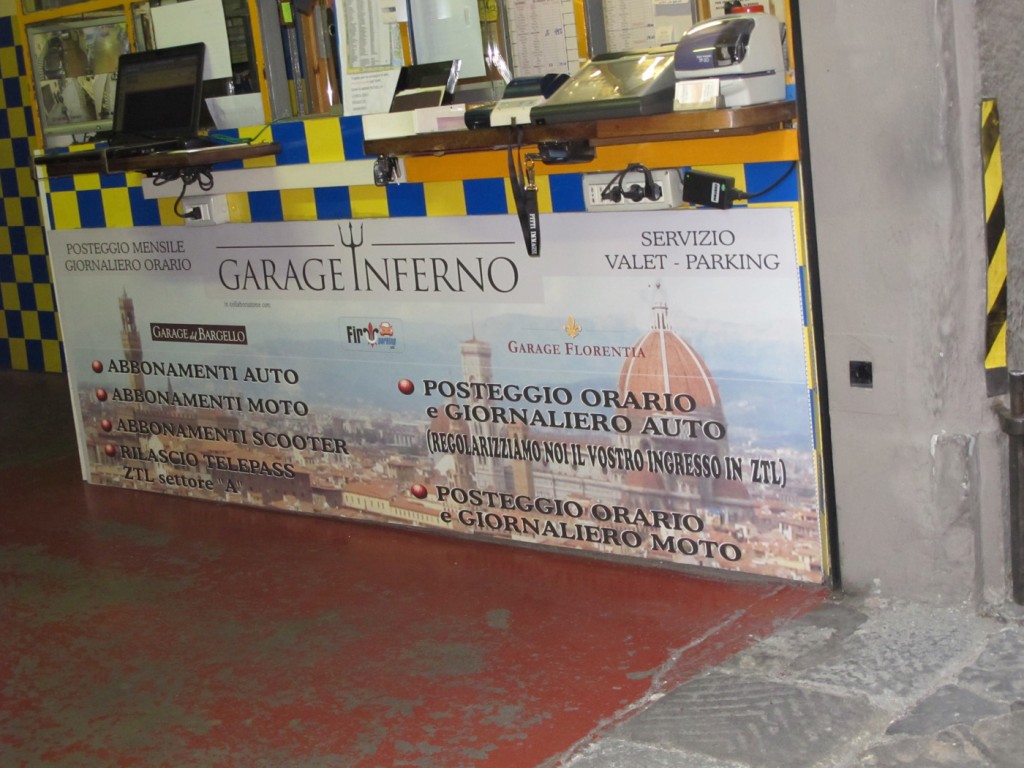 Via dell’Inferno is hell for cars – who thought of making a garage here?

Iscriviti a questo blog per ricevere i post più recenti.